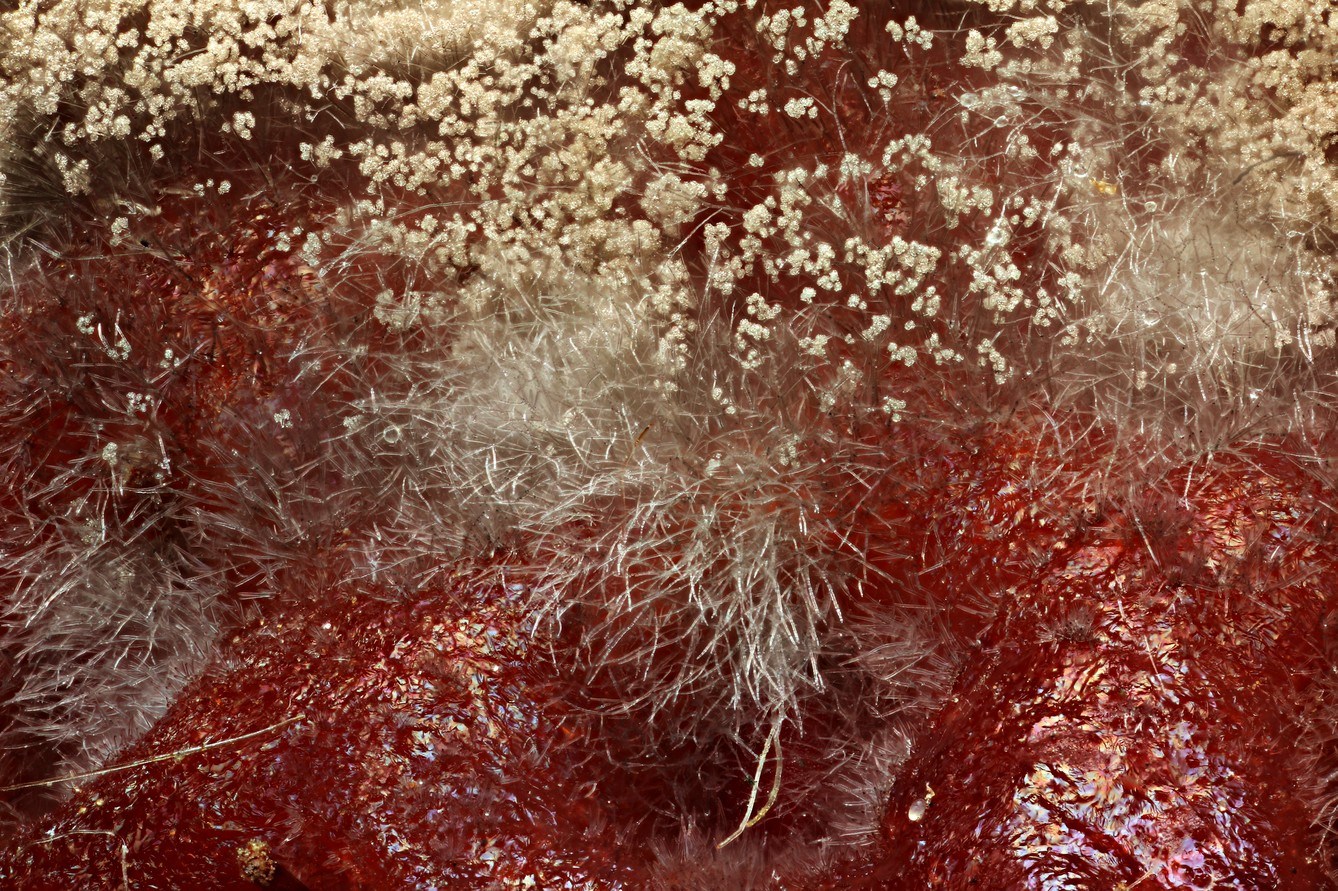 I’m trying to display all signs of being here. This isn’t an
interesting story and it won’t pretend to be one. I can’t look at the sea for too long, or I lose interest in what is happening on land. I settle for other containers. Paint, color, illness. I am in a landscape of edifice and estuary. Our shared linguistic root is fire. Our shared sentence is crisis. Our structures feel both new and finite.

Everything old is dying. I am told that the best utopias are like this. Everything that grows from the ground comes from the first few layers of sediment; that’s what is keeping everything alive.

I mirror collapse; I imagine sinking into the mud and stretching my limbs. This world is painted and I don’t know how to see it. Only that I’m compelled to the language of walking. I don’t know where to look or what to do with my eyes. So many images are reeling around everywhere and shooting off their bodies. Our proportions are wrong and our receptors are malfunctioning. My husband Ugo says nothing is ever wrong with the architecture, and he should know. I seem to deform this surface at every touch, to question its grammar. I doubt our measures of success because of ordinary personal failures. These problems have become my own; the factory walls have been painted a soft green in order to soothe the workers.

They’ve stopped fishing because the estuary is filled with waste. The eel sandwiches taste of oil. The dimensions have changed. We are contending with a riot and an economic boom. It depends on whom you speak to. Some men yell at a scabbing worker that his wife is ashamed to leave their home. They were striking when the walls were painted red. I don’t hear this because I’ve wandered off with my sandwich. Everyone resists me, including those I love, and I them. I must seem very serious and delicate at all times.

I open a ceramics store in town. Ugo doesn’t like the way it splays our conflict. I was away from home a long time, which seemed normal to everyone but myself. There was a car accident. There was no car accident. I spent months in the hospital recovering.

I described my son to the nurses. We take walks without looking or speaking to each other. He plays with robots. As I spoke I recalled years of being flattened against the objects of my house. I look over to them and see living, swelling things that are in line with my body, compressing us together. My husband rarely visited. I stayed and imagined what would be made or concealed. The hygienic noises and colors of the hospital were comfortable. I took every opportunity to ask for help, to complain of vertigo, to summon the failures of my body. I was told to find something to care for when I left. My husband, my son, or a dog. I murmured and prodded at my confusion. Each day, the doctor wrote down what he had collected from my illness. I couldn’t find words to measure the room.

Now I’ve become absorbed by the illness of my house. It shows in the washed yellow smoke circles and the way my son looks at me in the morning. The birds have learned to fly around our smoke instead of through it. They are adaptive and I am learning. Some days, bodies are separate. In our intervention, this chasm is vital.

I’ve softened and become unpredictable. I try to readjust by lounging in different corners, beating the rugs, and buying new vases. In this house I try to glean a look at my new self. This is why I open the ceramics store, buy vegetables from the man down the road, and become enamored by pink. These are commodious gestures for everyone but myself.

Every action I take becomes an unsuccessful attempt to make a future. I am holding myself in our long emerging present. I am beginning to think our future is a succession of my current situation. How do I respond to what is already happening and not freeze, unable to continue? No one can articulate anything but progress and politics they would like to believe. They stand there, watching me. The bridge is weaving the spread. My uncanny and melodramatic responses take over. There’s a general decomposition of feeling.

I’m at the seams of this town. I’m where clothing shapes around the body for attention and surprise. Mine is a passive refusal. I say no by looking away. I say no by almost driving my car off the pier into the sea. This is almost accidental and everyone believes I would. I say no by laughing. Sometimes I am speaking and my language cuts out quickly, and now everyone who is listening must imagine what I am saying to the man on the ship. It is unclear what he says. I think he is asking me to leave.

Around me there are painted trees and painted machines. The town swells with color; it finds a grammar. It drifts and murmurs in its own language. Sometimes it is artificially planted and sometimes it runs off the film. It shapes around blue until the climax of red walls. This place transposes into my body. The machines work when the people don’t; the smoke moves in the background of the strike. The ships pass through every day to carry things away and back. I like to study them. One arrives at the dock, and the doctor boards and raises a white quarantine flag. I become stuck here. My husband and our friends stand watching me in the fog on the pier. The stillness seems threatening, overextended. I break it easily. My failures have turned public. I apologize for that.

Meanwhile we toil in erotic sickness. I flirt with a man who says very little. We are placed together by our circumstances. I go to help him recruit men who work on the ships, and I do so badly. We arrive at the home of a woman who is unhappy about his offer. Her husband already works too far away. I drink her wine. When I move, I move slowly. I like to find corners to move into. I like the emotion of corners; I can shrink my head back into my neck and make wide eyes in the direction of those who are watching. This proves it to them. I disappear into the landscape. I wander. The docks, the estuarine tidal flats, the mud, the concrete maze of the power plant. They stutter as I interrupt. I walk. I wish it worked better, but as I’ve said I’m bad at working. The simple flexing of my body in the feet and small erratic movements of my eyes seem to use the right amount of space.

The vernacular I use with my son wanders as a poem does. It stays outside of the power plant and it weaves and holds its own form that makes sense to no one else. When we speak we find other meanings in everything, the same way as a girl who smirks. Our words spiral and we try to describe the animals who have died or migrated. This language doesn’t feel natural but the others don’t either.

My son inherits my gestures of illness. He can’t move his legs this morning. We are sick together as I tell him a story about a place that looks nothing like our town. It’s a story about a girl on a beach who hears a chorus of voices. The girl is accompanied by a seagull, a cormorant, and a small black rabbit. She realizes the rocks are singing. The girl changes after this. She listens differently; she hears the sound of rocks in all places. Everything breathing and living as rocks; every living thing as rock that became soil and will again. She learns to press her body against the dirt. The soil still seems to be living in this story.

I adjust as I move through. My son has been faking his illness and he leaves his bed. I retreat, double back, continue to look toward the ground. When I look at the sky, green and blue and yellow, the birds focus on their own migration. They leave the flares of our image.

I look towards the edge. I focus on what is between the ground or the water and the sky: this small terrain of life. There is mud flooding the ground, a bridge weaves over it. There is grey green. A concrete wall and the large stained buildings and the dense dead grass. Valves and barrels. Smoke. There are factories and antennas very high in the air and large ships. Everything is filled with this and it all works together.

We don’t respond to history, but it meets us here. There is the past and the dead and then there is us and there is the future. We like to broadcast our spectacle. The red is always hovering in objects around me; a coat, a glass, a tall radio receptor.

Sophia McLain is a writer living in Olympia, WA. She teaches poetry at Thurston County Juvenile Detention, dabbles in letterpress printing, and organizes writing and performance workshops. In 2018 she earned a BA from The Evergreen State College.