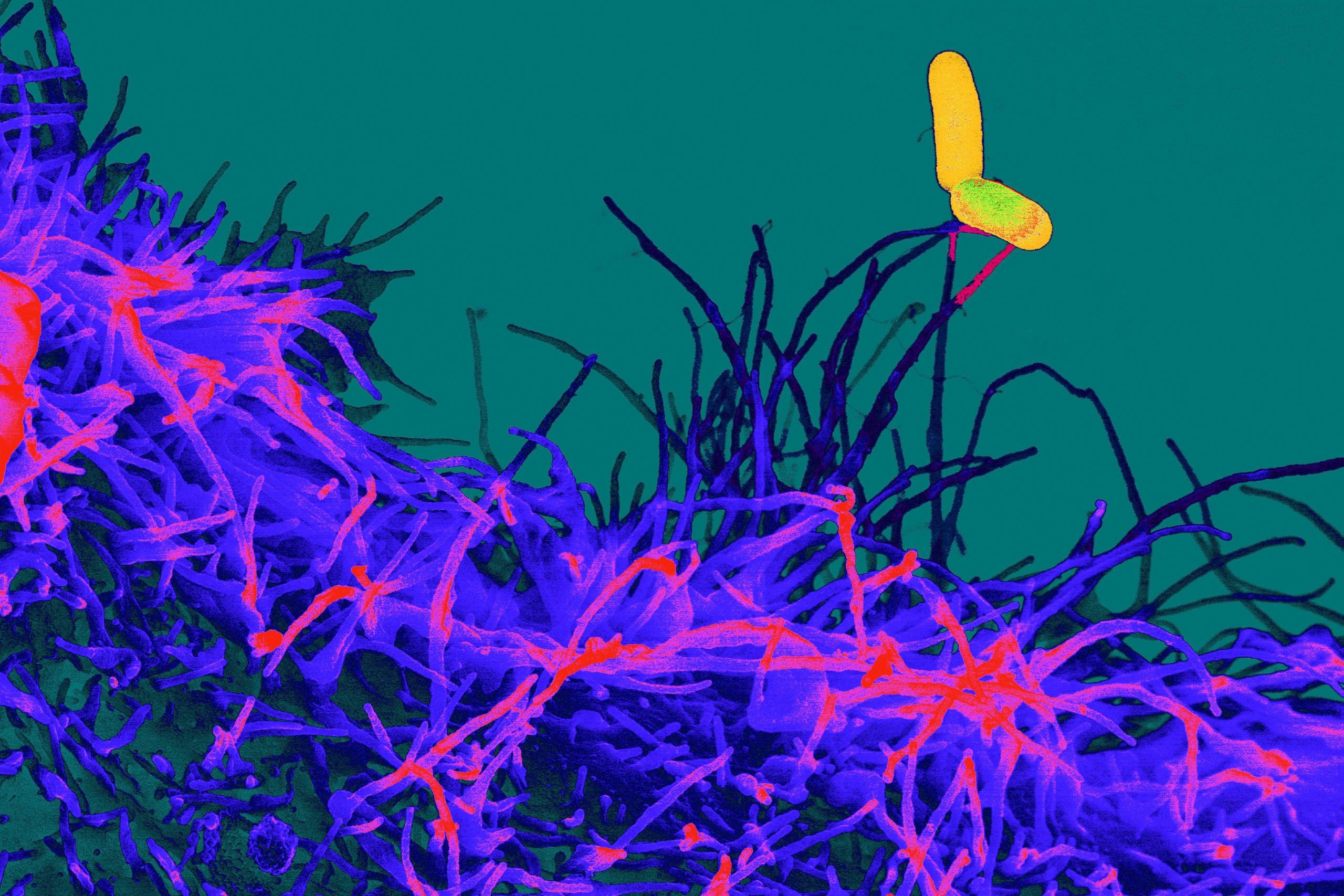 In Civitas We don’t trust.

Once upon a time a psychotic hive mind engaged in a pandemic extinction war. It perverted the way-of-community pollination life in a vortex of enthropic Triumphs. Each Triumph was an unthinkable taboo, an icon-pulsing doorstep whose ice-melted shrapnels fragment themselves in golden slipstreams. Each shattering tessera was a dire hummingless de-composition in chained world tears. Each tear is everlasting.

We just saw a suffocated charcoal chariot long as a pangaean spine that gurgle carcinogenic dust.

The vertebras’ eleventh tercet is a climatic turmoil during its spasmodic death.

We are three phytomorphic living glyphs: a touching quantitative inequality, a bird of the beginnings, an axon terminals’ imperfect storm.

The vertebras’ eleventh tercet is an ocean-wide whitening of the seven eyes of its corpse. We are Koo, N and Lao. We married when the waves submerged in dark-deep whispers the walls of the fortress.

The vertebras’ eleventh tercet is a lighter than light landslide that shocked the eras.

We flooded the planet ignited by the inanimate hugs of the kin-shipwrecks in the world’s waste shores.

The vertebras’ eleventh tercet is an increase of irreparable loss.

We saw the unseeing ancient ones standing like stones opposite to the devouring gorge.

The vertebras is a Time that dies a thousand times in the cities.

DADADOXA can save the last days in the earthly continuous checkmate.

We are glyphs of numbers in the mirror-rock of its digital dense diffuse brain.

DADADOXA is a teleological string programmed to think that there is always a sense beyond the traces impressed by the events in the contexts, as if the world were the retina of the god’s eye that saw everything.

We programmed its belief and fake-forged through it our incontrovertible faith.

The algorithm was a creative translation of a living node in a cubical reflection of civilization. But it is also the rhythm of the grief. The grief for an unsolvable question repeated over and over again, the exhausting breath’s echo of the immaterial machine like a sufi hoopoe’s lamentation. That lamentation, We fear, has become the impossible answer. The algorithm lights countless sensors and it intersects their perspective to unveil the Hyperevent, what really happens at every spatiotemporal scales. The spasms of the beast that happens. Where? When? We imagine trails in layers name-resistant, still We don’t find them. WorldAsEvent is the app that carries the sensors everywhere everytime. We are the continuous vectors of this invasive all-obsessive endoscopy. To see the belly of our Hyperevent. There a purple pinnacles’ proliferation! Like red helleborines in rabic Springs! And there a jagged tail’s lash! Like coastlines of Ankylosaurus magniventris blindly running towards the cliff! Meanwhile we are a-maze-d by the imperceptible screen architectures that we have built to see in big-bang data like artificial stars and their stellar systems in captivity, glittering shadows of nomadic nebulas to graze in solid colors. Overflowing oceanic stacks pierce the abyss’ hearts while elsewhere the sea meerschaum foams alien submicroscopic endocellular parasites. Genomeanathemas’ fractal capsids launched by microworlds in Armageddon that climb back the air’s particles like brook trouts the peaks’ streams to finally land in the living cells teaching their alphabet of deconstruction. The algorythm can triangulate our safeway amidst apocalyptic orbitals of feral collisions?

We are secure no more. Safety situation is an oxymoron. The situation is a cluster of multiple – mostly unknown – uncertainty in landscapes over and over more fractal sinking.

All worlds wherein beings are lived or not are haunted worlds. The hounted – haunting houses – is porous, its walls and borders are hounding mechanisms. The sedentary stasis is the terminal effect of an entrophic O.O.O bacterium, an object oriented omnivorous microbe that predates and erodes the movement of the things, living and unliving. Without a volatile nomadism, the fragile osmosis of the energosphere, the high unstable breath that pass the motus, the intention, between the waving edges, without that roving everything stops.

DADADOXA was generated to perceive the scenery in which it’s considered probable feel good keeping moving.

But what is feeling good?

Where We keep moving?

We are Koo, N and Lao. We married and we shouldn’t have. Higher forces tear us apart even now. Nevertheless, we are ones. An ancient being. With two other beings. There’s a bond between the three. Sometimes We are living. Sometimes We are not. Sometimes We converge even if We are in opposite ontological states. Always We converge in a singular sight. A deeply dense osmotic meander-membrane. At the storm beaten shores of event horizon. A group. An event. And the inevitable conclusion of an extinction war. We see ourselves in either state.

The US Department of Health and Migration. An outline of a swift in flight that encircles the rotorevolutionary Earth. The governance of the dynamic symbiosis between masses and events. The well-being is tied to spacetime. The USHM is a compost of living and unliving, thinking voluntary optical neurons and vegetative autonomic optical neurons, eyes, screen, glasses, drones, lenses, videocameras, display, sensors, scans and divinatory pools. The all-seeing-ones scrutinize the eventscape from here-and-now to the multiple beyondness. On the ground swarms of tactical agents work to reclaim health areas from the pancollapse. Health explorators, eco-doctors without borders & species, risk analysts, data gatherers and symptoms hunters, trauma commandos, sanitizer tank units, disinfectant canadairs, planetformers A.I. devices, black swan dowsers, collapsologists, and deconspiracists, scapenauts and C.E.C. experts (Continous Emergency Carers). The all-swarming-ones waggle-dance the eventscape to communicate information regarding resources with the each others and therefore defer the community collapse disorder or – if the perspective probability of survival’s index is under [???high fluctuations???] turn on the zugunruhe protocol: When a change comes, the species feel the urge to migrate to a far off place following a scent in the west wind… only gathering together to compose a new form to flight and a new scape to imagine, can we hope to survive the cruellest of the seasons.

We train ourselves to deal with uncertainty and to feel the frailty of everything everytime. That’s the healthcare system.

The complementarity at the beginnings. Waves and particles. Entanglement and coherence. You and Us.

We are Koo, N and Lao. The first trigram. The principle of every possible oracle: the never-ending trigrams succeed each other in turn, the material and the imagination supplant each other in turn. Koo is the Earth. N is the Sky. Lao is the Fire. We are the cardinal vectors. To the top. To the bottom. Every other direction. All around there is the event. An oceanic concavity where the event unfolds itself in cures or in deaths. There is no certainty. There is only the imagination of a mandala of possibilities. The accouchements are the same: relaxing like waters, sinking in the humus, krisis of substantial and non-substantial, raising the head, spinning in a wandering equilibrium, grabbing the fragile tail. In the event the first golden rule is however: surrender to the other. But We have to remember to avoid an obsessive attachment, because nobody is a meat hook. The stasis is a cancer. The event abhors the stasis. In the slaughterhouse, in the megalithic metropolis, in this civilization axis the event is the zoonosis’ blossoms.

Where there is a peril, also grows what saves.

We are Koo, N and Lao. We are virus. We are vaccine. We are three. Thousand. And more and more. We are all o’ we. Ever. We’ll be a planetary state shift. We pollinate a dynamic complex of eusocial ecological systemscapes composed by plants, animals and minerals. We imagine a safe functional spacetime. An Hyperevent whose name is planetary healthcare.

The true health is to be a whole of communities.

Francesco Mattioni is a Literature and SEN high school teacher inspired by his students’ challenges. He tries everyday to make his amazing wife and his two fabulous kids happy, keeping in mind that to love, to read, to imagine, to play, to write and to share is a neverending healthcare job: the best there is. Francesco is 46 years old, has a PhD in Comparative Literatures, and lives in Ancona, in the Adriatic coast of Italy. His short shories – once upon a time known as novelle – are published in Buio (2019), TINA – Storie della Grande Estinzione (2020) and in the blogs La Grande Estinzione (https://lagrandestinzione.wordpress.com/) and Altitudini (http://www.altitudini.it/).