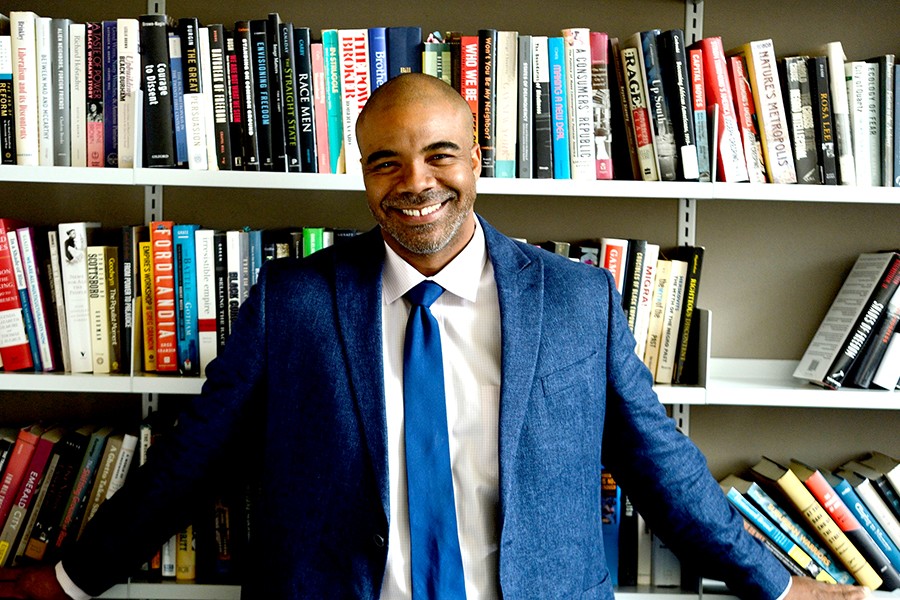 I write about racism, capitalism, politics, and the built environment in the twentieth century. My work pays special attention to people’s overlapping understandings of property rights and civil rights in the United States and the wider Americas.

I’m advancing, at present, two new book-length projects. The first is Four Daughters: An America Story. This collective biography covers four generations of a single family, following the lives of four women of color whose forbearers migrated from the Caribbean to the United States by way of Britain between the 1930s and 1990s. A genuinely Atlantic history, Four Daughters explores how immigrants of color and their children defined success in America during and after second-wave feminism, the civil rights movement, “right to work” politics, and the War on Drugs. My other book project expands on the intimate scale of Four Daughters to assess and synthesize broader trends, patterns, and processes. Black Capitalism: The “Negro Problem” and the American Economy offers the first sweeping account of how black economic success shaped the way Americans and immigrants understood the possibilities offered by capitalism in the United States.
My first book was A World More Concrete: Real Estate and the Remaking of Jim Crow South Florida (University of Chicago Press, 2014). It received, among other awards, the 2014 Kenneth T. Jackson Book Award from the Urban History Association, the 2015 Liberty Legacy Foundation Book Award from the Organization of American Historians, and the 2016 Bennett H. Wall Book Award from the Southern Historical Association. The book resuscitates older discussions of racism’s profitability by treating Jim Crow segregation in Greater Miami as a variation on the colonial and postcolonial practices afflicting tropical populations around the world. A World More Concrete also highlights never-before-seen conflicts between tenants, urban landlords, homeowners, politicians, and property managers over how best to profit from Native Americans, Caribbean migrants, working-class whites, and the black poor.
Apart from publishing in scholarly venues, I contribute frequently to public debates, including regular contributions on WGBH Boston’s Here & Now, commentary for the New York Times, and as a co-host on the weekly podcast BackStory. In June 2016, Prof. Keisha N. Blain and I organized a crowd-sourced syllabus, Trump Syllabus 2.0, that locates the political ascendancy of Donald J. Trump in historical context.